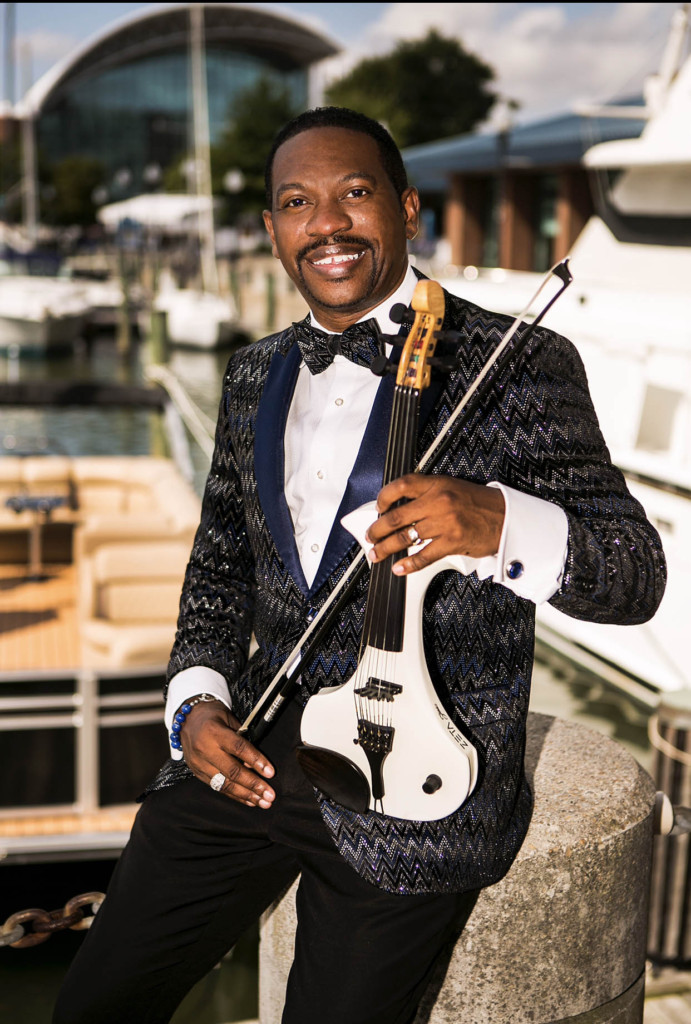 Eric Taylor studied at Virginia Commonwealth University and transitioned from Cello to his true passion and God-given gift…violin performance. Eric is world-traveled and is establishing new plateaus in violin performance and in Gospel music. His music ministry and energetic performance penetrates the heart and has been described as soulful, uplifting, refreshing, inspiring, and anointed.

Eric has been honored with numerous prestigious awards during his musical career. He has performed for government agencies such as the Pentagon, U.S. Dept. of Defense, the Drug Enforcement Administration, Governmental Awards Ceremonies, and has traveled abroad for our Military Armed Forces in Germany, France, and surrounding areas.

Eric was the featured artist at the Assemblies of God U.S. Missions Conferences in Puerta Vallarta, Mexico and Orlando, Fl.  He has been a recurring featured artist at the Omni Conferences in Trinidad and Tobago. He has been a featured performer for the Hampton University Minister’s Conference.   Eric was recently featured LIVE on the Word Network with Dr. Jamal Bryant and Pastor Hezekiah Walker as well as the 700 Club and Turning Point respectively. Eric is well sought after by several natural sororities, fraternities, universities, churches, and civic organizations. He is a former musical  guest for the American Cancer Society Wellness Tour, the St.Jude Foundation, the Arizona Music Festival, and the CIAA Basketball Tournaments.

Eric has released a total of 6 musical CDs.  Among them are: Reflections, HeartStrings, Free, The Best Gift of All (a Christmas album), and Trust & Not Fear.

On a personal note, Eric is married to his sweetheart and best friend Angela. They are both members of Mt Lebanon Baptist Church aka “The Mount” – Chesapeake, where Bishop Kim W. Brown and Elder Valerie Brown are their pastors.  Eric and Angela share a blended family of four children.

Would you like to book a performance with Eric Taylor?